Building a digital community had never been crucial to an organization's success until about two decades ago when we widely adopted the Internet and smart devices, making online interactions part of our daily lives.

More than 57% of the world population has Internet access, which has increased by eight times compared to 20 years ago. Widespread adoption of information technology with the rapid development of the software industry and online services has spawned a new type of market, the market of UGC (user-generated content). A large part of the world remains unbanked with the peak in Africa where a rough estimate of 40% are not allowed access to banking. The banks don't care about their users, the low scale risk/reward ratio makes these users too unattractive to bank at this stage. Guess what, they will not need banks. Their phones, tablets, laptops and even watches will do the job. Data has surpassed oil and became the most valuable asset in the world a few years ago. Our data generation has become inflationary and every year surpasses the previous i.e. there are new peaks in terms of this value every year.

For almost all organisations, building a digital community is beneficial. Content generated by the community serves as excellent social proof, creating a trustworthy public image of the organisation that attracts more stakeholders to support the company's cause. A recent survey indicates that 95% of participants confirm UGC to be the most authentic content, such as images and videos from other consumers or users.

However, creators of UGC have rarely been rewarded fairly. At DAO Labs, we support the idea that organizations should reward their UGC creators for the revenue generated to the benefit of said organizational growth.

What is Social Mining?

Social Mining is an open source inspired DAO governance solution that enables organizations to incentivize quality content curation from communities and networks. Social Mining was created to help centralized and decentralized companies generate digital footprints and spread public awareness by designing a system that incentivizes UGC creators based on the quality and impact of their contributions.

Social Mining features a governance model that allows qualified members, such as equity holders or token holders, to govern the distribution of UGC incentives by spending vote credits. The vote credits allocation is executed periodically to distribute upvotes and downvotes to qualified members, determined by an algorithm that involves several key variables, including users' (token or equity) holding status, voting behaviours, and work outputs in a quantified manner.

What was the intention to create Social Mining?

In the contemporary era, most people on Earth can easily access the Internet with smart devices to interact with others via websites or applications. In the past two decades, information technology and communication infrastructure's rapid growth made such a scale of social advancement possible, transforming how we live entirely. The Internet has become a virtual world where people can trade assets, plan and build product, govern teams, communicate with others, share knowledge, and spread information, significantly impacting today's politics, economy, business, and society. The real idea of the metaverse cannot be grasped at this stage, Zuckerberg didn't even scratch the surface.

We got used to a very inflationary use of data, producing and creating enormous amounts of useless data, f.e. imagery every day. One imagine the time of the first cameras and mp3 with 16mb - 64mb saving capacity. That meant resourcefulness. Where is that now ? We live in a state of data hyperinflation, quality content gets diluted by an enormous amount of worthless waste. Social Mining changes that. The spillover effect of the social mining platform means a " blue collar" worker can have multiple, 3, 4 jobs at the same time since the routine of working on Social Mining and the initial calibration period vets users to be efficient on all existing and future platforms.

Crypto is the steroid to make this data economy more transparent, not less transparent as many old, outdated scientists like to argue and Social Mining is the filtering pipe/net.

Social Mining team token will receive an initial lock, all fundraising cycles outside the ILO will be subject to a cliff imposed after TGE  (not devs, execs, they'll be covered by resources), all VCs will be excluded, there will be no private or strategic token sale of any sort or form. Social Mining token holders will have their token vested according to their respective work schedules. I.e. the beneficiaries have to direct their support at companies operating Social Mining, holding the respective platform asset and gain Social Mining token as an additional benefit.

Former COO of DAO Maker and CEO of DAO Labs, the sole proprietor of Social Mining and the underlying IP.

More information in regards to roadmap and token launch will follow soon, including the list of Blockchain and Institutional Companies, Universities and other Academic Institutions as well as NGOs, IGOs and Governmental Associations.

Find the previous article from the Affidavit of Trust here

What is Social Mining? 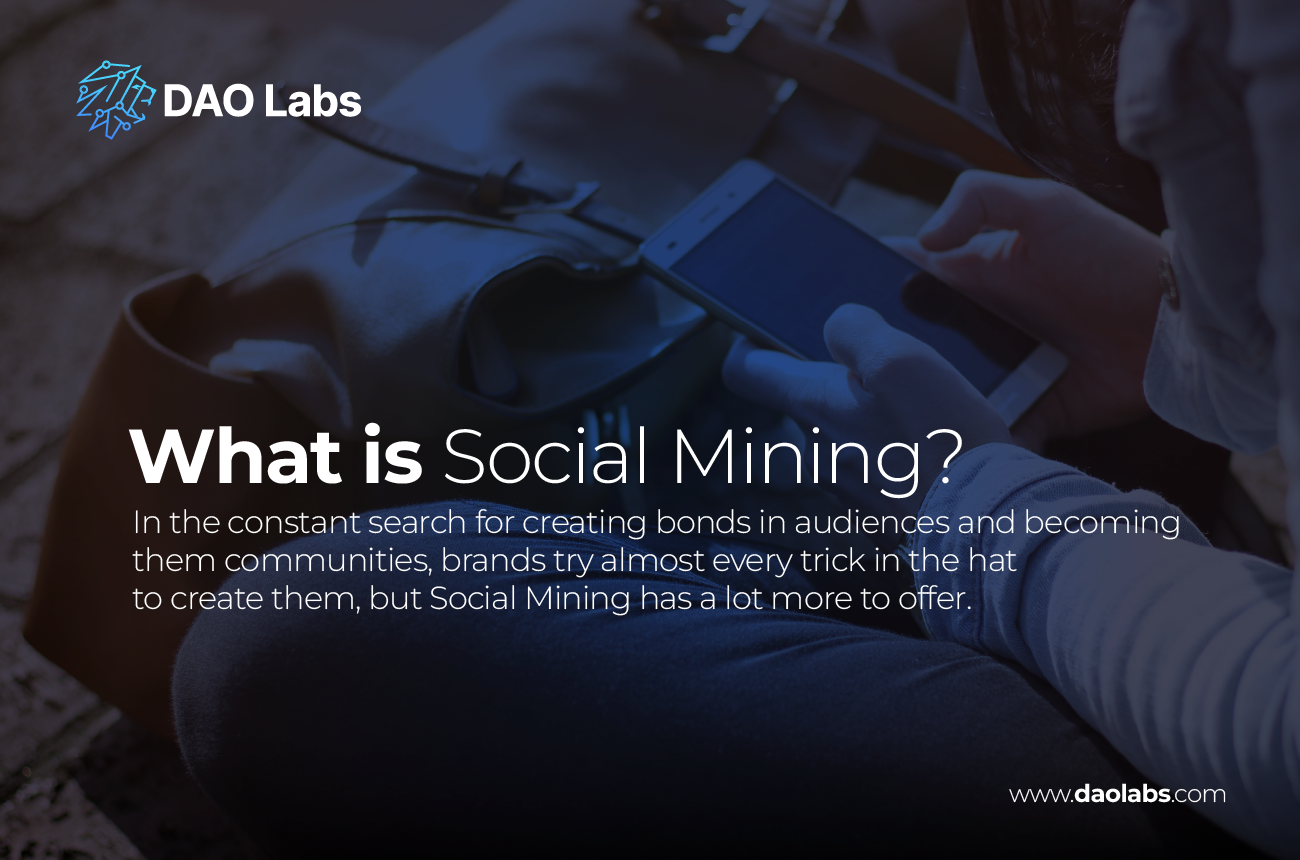