Unlike traditional equity finance which only accepts funds from accredited investors who are high-net-worth individuals or financial institutions, crowdfunding is emerging to be the frontier of personal finance, allowing ordinary households to invest in a business venture early with small capital.

The rapid growth of information technology and personal finance makes crowdfunding a powerful wealth creation opportunity to the masses, which otherwise was only accessible to accredited investors. In 2021, the global crowdfunding market had a total valuation of 2.27 billion U.S. dollars, and it is estimated to be doubled in 2027 [1].

It is noticeable that crowdfunding as a novel funding method is diversified in various ways. Early pioneers, such as Kickstarter, failed to offer a way to backers to benefit from the growth of companies they funded. As a crowdfunded company on Kickstarter, Oculus became a billion-dollar venture that only gave their early backers a product at a discount, excluding them from the growth equation of the company. It is not sustainable for Kickstarter's crowdfunding style to persist in the industry.

The first section of the article will explore ICO and its variants through a historical approach, understanding the background of such emergence and critically comparing their weaknesses. Afterward, the second section will highlight challenges such as the involvement of venture capital and financial institutions that undermine the existing token sale model. Last, the third section will introduce Initial Labor Offering (ILO), which attempts to solve known problems encountered in ICO and its variants with the help of Social Mining.

The Success of ICO

Cryptocurrency as a hyper-liquid asset is flexible, convenient, secure, and decentralized. With the utilization of cryptocurrency's advantages, projects can mint their native crypto-asset that functions as an access point to utilities of their building products or services. With the ICO model, projects can allocate a portion of their native crypto-asset for sales to the public and exchange the funds they need. ICOs provide an efficient crowdfunding framework to retail investors that everyday people no longer need status of accredited investors to benefit from the growth of a business since its infancy.

Even though ICOs (pioneered by Ethereum) solved the problem of accessibility to early ventures for everyday people, many retail investors lacked education and knowledge that they invested in many scam projects. Like the dot-com bubble, in 2017, so many projects raised funds through ICOs like the Cambrian explosion, with only promises in white papers vaguely outlining their future products and tokens' utilities.

Without proper regulation to hold members behind these projects accountable, many ran away with investors' funds that promised products and token utilities never being developed, resulting in investors holding tokens that have neither value nor utilities (known as shitcoins).

The failure of ICOs led to improvements in the crowdfunding space of toke sales. Blockchain leaders began to realize the critical problem of ICOs, namely, the assets people invested in might be illiquid.

The Evolution of ICO

Centralized exchanges of cryptocurrencies began to provide Initial Exchange Offerings (IEOs) with the advantage of a guaranteed secondary market to crypto-assets funded via such a model of token sales. At least the retail investors knew that the token they invested with liquid assets would not be illiquid.

The Empire Strikes Back

The Beginning of Crypto VCs

However, the "Empire" strikes back since the cryptocurrency industry recovered from the 2018 Crypto Winter. Since the financial crisis of 2007–2008, most governments have implemented a loose monetary policy for over a decade, making financial institutions hold too much cash in their hands. To combat foreseeable inflation risk and negative real interest rates, institutional investors entered the cryptocurrency market as an approach to portfolio risk diversification.

Besides investing in Bitcoin, many financial institutions began to tap into cryptocurrency's primary market in the form of venture capital firms. VCs' substantial involvement in crypto caused native effects to all retail investors.

In addition to VCs' dumping tendency, it is almost impossible for VCs to source improvements in any projects they invested in, as any improvements came with cost. It is the best strategy for VCs to do nothing but wait until the team behind the project carries the token's value to a certain level that they can dump for a profit without investing any effort.

Such phenomenon of "the rich getting richer" and VCs' behavior of do-nothing-but-dumping will eventually drive actual builders and faithful supporters away from the crypto industry, no longer providing wealth creation opportunities to the masses.

The critical issue that caused the phenomenon of "the rich getting richer" in the crypto industry is the lack of a mechanism that incentivizes meritocracy. In the current pace, all crypto incentives are designed to give the most profits to the "rich," whether it is PoW mining, liquidity staking, or token sale because they can always source more funds and pieces of equipment than everyday people to get more yield. On the other hand, people who work hard with the most contributions are often not in the equation of wealth generation. You never see a staking program or a token sales model that gives the best condition to people who work hard but people who control a lot of assets.

The Return of the Merits

The Significance of Community

Before the 2018 Crypto Winter, along with a growing number of ICOs, many tokenized projects began to realize the importance of community building. As a crowdfunding method, ICO requires the team behind it to gain substantial public awareness for the project to be funded successfully. A strong community can help tokenized projects achieve that organically with better cost-efficiency than any paid advertising or marketing agency. Correspondingly, tokenized projects have adopted several community-building practices by utilizing native tokens as incentives, including airdrops, bounty campaigns, and giveaways.

The idea behind a bounty campaign is excellent. It gives a portion of the project's future growth in native tokens to people who contribute to building the community, incentivizing community-driven activities and content. However, many teams employed spreadsheets to manage participants' performance and used manual transactions to distribute tokens to thousands. Without suitable tools, the practice of bounty campaigns raised the problem of free riders and the lack of committed community stakeholders in the long run.

The Birth of Social Mining

In 2018, Social Mining, a community-building incentivization SaaS, was introduced to the market that helped several projects of top-class crypto assets to successfully build communities, including Elrond Network, Harmony One, Avalanche, and NEM. Social Mining features a non-custodial staking function and a user vetting process to solve the free riders problem. Moreover, Social Mining employes several variables, such as Points and Reputation, to quantify community contributions in both manual and automated manners, creating a fair system to measure each user's performance, attracting committed people for the long run. Additionally, the automatic token distribution function liberated community managers from sending thousands of transactions to distributing incentives with only a few clicks, saving time while minimizing the probability of making mistakes.

The Return of Meritocracy with ILO

Initial Labor Offering is revolutionizing the funding industry, creating meaningful connections between investors and the project they invested in by utilizing Social Mining SaaS. Best investment opportunities will not be given to people who only invested money but who invested time and labor in making the project successful and believing in it since its infancy. Wealth creation opportunities should belong to those who work in creating value, not to those who control vast resources and exploit others who contribute. With ILO, DAO Labs redefines crowdfunding, creating an environment that genuinely incentivizes meritocracy.

‍"Workingmen of all countries, unite! You have nothing to lose but your chains. You have a world to win." 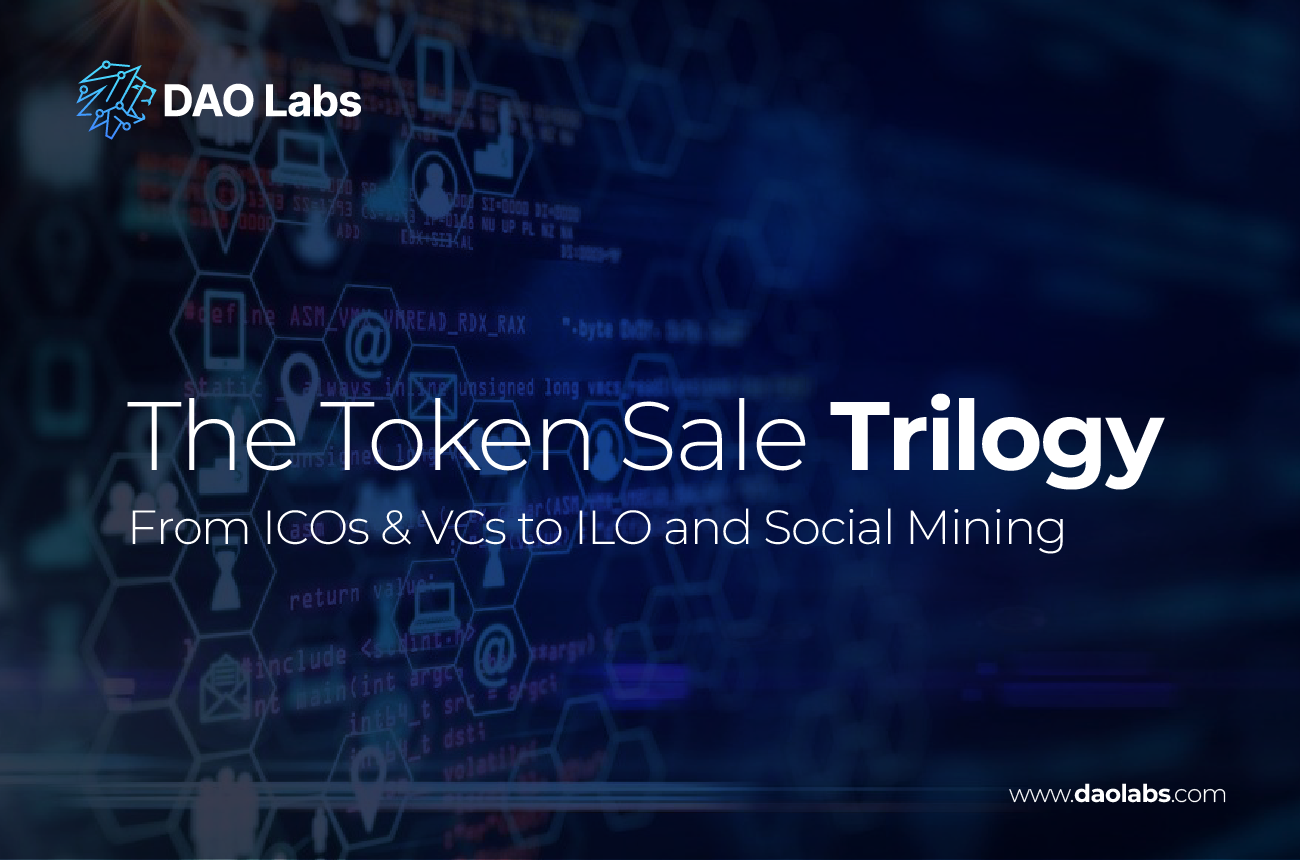