Our platform keeps expanding like a Supernova. The DAO Labs team proposed a design task to find out how our visual ID was perceived by our growing community and what this collective, multinational and wide ranged force would throw us back. It was an interesting exercise because the best feedback is composed not only by conversations but actual proposals, just as the advice anyone can give to subjects of their concern.

When we announced the Logo Challenge task, we set the mark for two of our products, the ILO (Initial Labor Offering) and the Labor Token, and the DAOVERSE visual image. We don´t underestimate the community enthusiasm and know that we address a vast amount of people that use their social media as an expression, not at a professional or high skilled level, but we must say that the outcome was great.

More than 160 proposals were submitted. Social Miners from many places around the world accepted the challenge and laid out their vision and interpretation. The names we´ll be displaying here correspond to the DAOVERSE platform usernames.

Ideas in the rest of submissions will be considered as well. It would be a nonsense to reject all them, as it would also be impossible to melt every logo into one. We compared, evaluated and reached for a consensus that we´ll be seeing several lines below, because firstly we´ll discuss some findings regarding our DAO Labs visual footprint.

The flexible shape and colors

We asked the proposers to observe the indications of the DAO Labs Brand in their creations thinking that, as in members of a family, the three logos are extensions of DAO Labs and so they should share visual features, such as shape, colors and maybe some proportions.

Very few participants saw this as a basic visual rule that widely applies to the corporate branding world, maybe because this community, indeed, perceives a difference between what we offer or feature as a company and what we are as a company. This express diversity is key and we welcome it. Our main cause is to stand with communities that support a project, not robotic project communities joined by greed.

The DAO Labs Logo, the powerful outlined lion head, represents the social connections in a digital ecosystem, where each one of us, humans and projects, are the joints or nodes, the hubs, of an interactive global community of social media users and creators that deserve financial freedom, with fair compensation for their efforts, based on quality merits and social awareness.

Many good and valuable ideas were submitted, but authors had such a hybrid vision we had to make a split decision: A selected logo per category, even though we had to decide just one selection was not enough in one particular case, as we´ll explain some lines down.

Out of the many options sent, the idea we´ll be developing as the visual diversity representation of our DAOVERSE community is the one submitted by Hellobaby24.

As you can see here, Hellobaby24 fills the lion head with a colorful range of possibilities as a symbol of the many nations, languages and personalities welcomed in our DAO Labs, all joined through an interconnected platform array.

Even though some other proposals enforced the idea of a galaxy of participation, this one resumes visually enough the idea we´ll be shortly presenting to everyone as the final logo.

As a second choice, we also considered a submission by dCodeX21, who used a more traditional visual link with the Miner's Pick as the key element to enroll the Social Mining Galaxy we at DAO Labs visualize for all the platforms under the DAOVERSE umbrella. Even though this feature was quite utilized in many proposals, this one appealed more because of the corporate brand's familiar colors and shapes.

Every social media upholds the content sharing narrative, which is supported by a connection among people or businesses who want to say something to others.

Projects need attention from their communities and communities contribute to add value to projects while collaborating with them while they share contents aiming to support and gain value. That's when a blockchain ecosystem behaves like a real one.

The ILO is a DAO Labs formula to share value through common work. Whoever deserves more, gets more participation in our project´s value. It is our meritocracy credo and also a connection, an abstract connection, between the governance team and the community.

VickySinXD sent a proposal that graphically stands for this unique DAO Labs way to share value among social miners.

Now, because ILO are initials, the most visited representation of this logo was in that vicinity, and the proposal from Ranannie22, was selected thanks to the disposition, nut as a visual representation of physical work, a framework for the lion head, and bold font for the initials.

Labor, our project´s token and community´s value expression and soon to be launched, should have a face. That is a must, as any other altcoin has in the blockchain world, but how should it be portrayed?

Even though we´ll still be discussing the final appearance for this logo, and the ones cited above, the proposal that was able to represent the interconnected feature for the community and DAO Labs platforms of our token is the one presented by Afreen_06.

A slightly different approach was taken by Oldiesbutgoodies, who presented a font-based whirlwind of the letter L as the token symbol, representing both expansion and elliptical movement.

We thank every single one of the submitters to the logo challenge. It is a new page in the history of our community project, and we will reward the selected proposals accordingly. This kind of contribution will be crucial for the design fans in DAOVERSE and we´ll be seeing more like this one in the near future of DAO Labs. 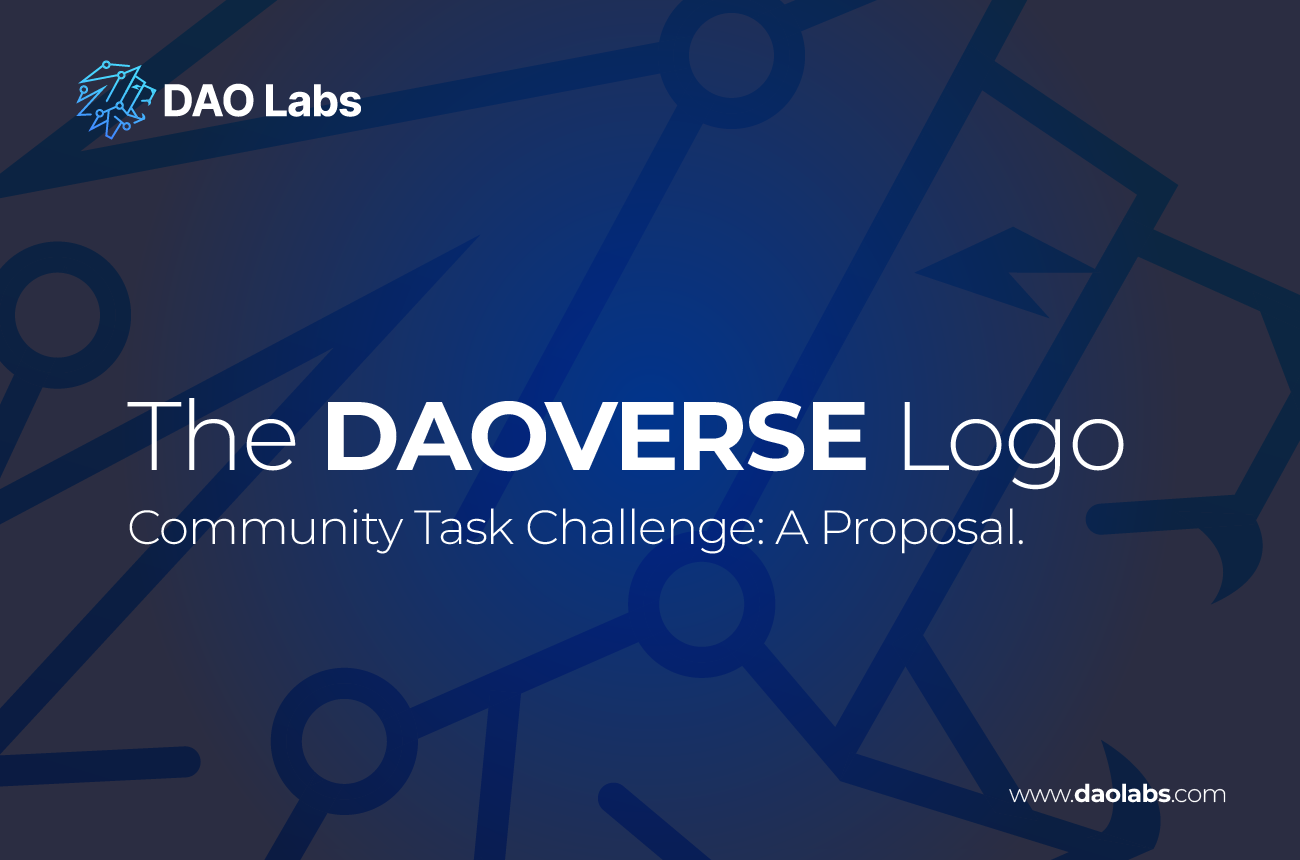