Every time we announce a Workdrop, a sense of celebration, similar to a wrap-up party, explodes in our community. We use the term “Payday“, just like it was about a brick and mortar office where all of us gather, work and share every day.

The 5th Workdrop is one more milestone. It’s the first time we devote such a big amount to reward so many Social Miners at a time: BUSD 12000 to 1536 Daoversians.

It is a very important occasion and I want to share with all of you some insights about it.

Why does a DAOVERSE Workdrop take so long to happen?

Among the Social Mining platform DAO Labs has, DAOVERSE depends on a company budget that constantly changes. We need to make it flexible because not always users are so active or effective in their task submissions, and our main goal is to keep a fair distribution to everyone and avoid creating massive gaps between the best performers and, say, the least achievers.

For newcomers to DAOVERSE, a Wokrdrop is the final moment when we calculate every valid submission from the Social Miners and assign their own share of the period budget. This, of course, based on the quality and engagement of the content used for their validated submissions.

Many platform users ask why validation periods take so long and, therefore, why the Workdrop calendar is so elastic -so to speak-. They want more frequent Workdrops, and maybe dates in advance for them to plan. The last is not possible, it would cause unnecessary bottlenecks in the validation stage with people rushing to enter last minute submissions. We just won’t do that.

An important thing every Social Miner should consider is that we don’t take this lightly and we check each submission devoting time and resources, just like our Social Miners do with their tasks. We know the community puts great effort in some activities and we act accordingly.

Not all submissions are successful in terms of quality. Most of the time it’s due to misinterpretation of the task requirements or recommendations, and even so we double check on those to find out how they could be compensated. That’s why we are now making some extra validation rounds to assign motivational points after we trace the general user performance.

In general terms, Workdrops are the DAO Labs way to know a community's performance in the long term. Users with certain performance, who deliver some consistent results for certain tasks over a given period, are our first options to build Users’ Guilds, which are special task groups with higher challenges and rewards.

A Quick one to the Lazy Ones

Some platform users only rely on the Twitter Program for their community interaction. It is far simpler to follow and perform than, say, a Research Task, won’t require too many skills to accomplish and, in some cases, has proven to be a steady source of Points. Some lines ahead in this reading you will see how useful this could be to be eligible for a Workdrop but not to acquire the necessary REP -Reputation score- to really boost your incomes.

Not every single Twitter Program activity -Retweeting, Interacting- made by our Social Miners has the same value. Some users create engaging high quality content, some still don’t do it, and, again, others only rely on retweeting actions or making single word comments. For these last people I mention there is some compensation according to their activity’s engagement, sure, just not remotely as high as what the first mentioned -and more devoted ones- get compensated for their work.

That is something every Social Miner should consider, besides remembering that there is a requisite to be in this Program: 50 Twitter followers minimum per user account. Anything below this level and the automated just won’t be included in the tally. Any ill-intentioned action, outside of the requirements, redundant or mixed mentions of platforms, more actions than allowed per week, to name some, are also dropped by the system.

What and why changed in the 5th Workdrop?

The 4th Workdrop commenced on November 14th, 2022. For the 5th, we introduced a new structure to separate performance tiers based on the Twitter Program.

There was an important number of Daoversians who didn’t complete any task, got no REP, were underperformers on the Twitter Program but the sometimes single Twitter activity was effective enough to get the minimum 100 Points or more to be considered. Therefore, we added them to the list and, again, we took their Twitter performance as an index to select them.

We encourage these users to check if they have received their earnings, create a work routine to earn more and start exploring the other functions and platforms on Social Mining.

The REP that makes you earn more

All who have been following the news on this Workdrop noticed the 50 Top Performers chart, in which we described the amounts of activity, work yield and payments they got for outstanding performance.

Let’s talk about them, so the broader audience can get a better picture and understand how much they can get from their Social Mining activity if they do it with the same quality and dedication of these Daoversians.

The Redeemable Points count for activity that every Social Miner has made in the Workdrop period as result of a validated and rewarded task or participation in the Twitter Program. Just keep in mind that some tasks are worth more than others and quality content plays a big role in final validations.

Some platform users see their Points as some sort of passive income, but other smart users seem to catch the relevancy of REP. We see it in the increasing amount of submissions on tasks where people compete to get more REP.

As you can see in the chart, REP made some earnings literally jump in their final Workdrop share. In most cases it represented a 5% increase, but for the Top REP holders it meant up to 59% of what they were supposed to get initially. And that is a lot.

Maybe it would make more sense if I present an example. A Social Miner, whose username is eharmanli, is a Turkish Graphic Designer who joined DAOVERSE in September 2022. He earned 3141 DAOVERSE Points by completing 4 Tasks, 17 Tweets, and 20 Retweets between November 14th 2022 and January 09th 2023. A total of 159 BUSD was rewarded for his excellent performance on DAOVERSE.

REP holding is peaking among the Social Miners. They finally are getting the real importance of this score because, in the long run, will simply make them earn more.

As a big conclusion

This may sound like a repeated tagline but we are expanding. This is not just about DAOVERSE and our Hubs for Avalanche, Polygon and Kava. Many more are coming to our Ecosystem, and we are putting more options out there for Social Miners to create, share and earn. Our simplest set of rules allows few skills for users to get a very basic income. And, as in life,  we show that higher stakes take more quality and engagement. Therefore, better incomes.

We’ll be improving our Social Mining Platforms for the good of the many. We want to do things right. Some processes will be automated in the near future, which will lead to shorter times among Workdrops but also a different set of tighter and tougher rules to validate submissions, which will lead to more quality content in the long run. We will be announcing more details about these changes shortly. It is imperative for everyone who walks the Social Mining way with us to understand that.

We’re just trying to keep the game fair, fun and suitable for all in it. In the meantime, be the best Social Miner you can be.

Thank you and keep up the Good Work! 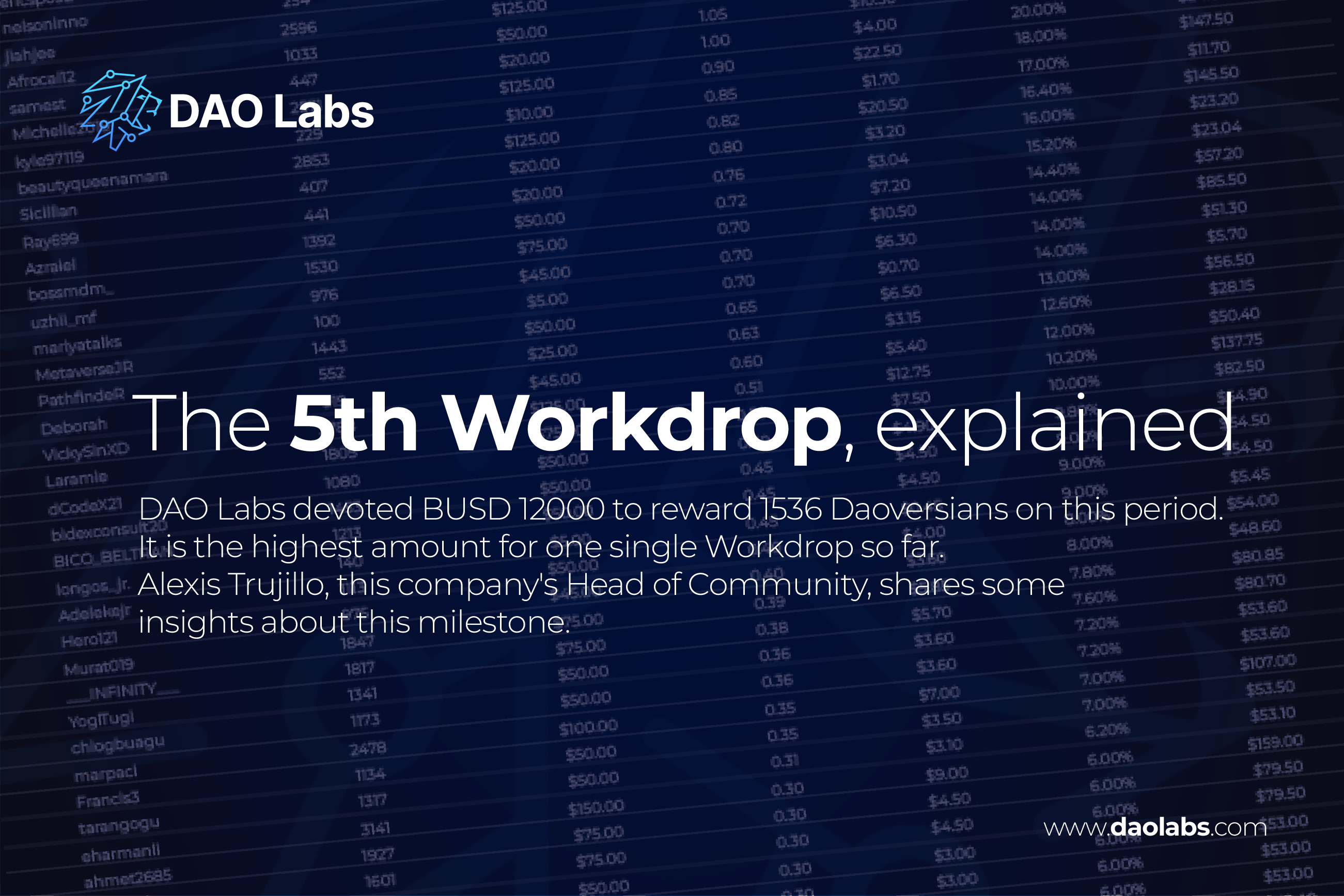