Regardless of the power within the word Disruption -a tiresome term, so many times used in TED Talks and appealing cell phone apps- the real and bold change communities should face in the upcoming years lies in effective communication bonds.

Social media claim to have an upper hand in swinging collective opinion and have real influence in big audiences. All of us have fallen for it: If you’re reading this article, there is almost no possibility that you knew about it for any other medium than a portable device connected to the Internet. It is what it is, of course, and as an author I’m compelled to retain your attention with enough time to develop and present my argument.

Suffice to say, it’s a difficult fight if I consider a TikTok as my contender for your attention. I know I have a bigger chance to lose it and if, as a reader, you can still consider reading further, maybe that’s the beginning of a community bond between you and me. That's what Social Mining is all about.

If social media is overrated by so-called influencers and Influence, it’s better for Social Miners to find out what’s the difference between Opinion and Influence.

We can settle for a loose concept of Opinion as everything you conform about the world and you are willing to express to others and -even a looser one- Influence as the ways you will employ along your day to make others believe in and even adopt your Opinion as theirs.

If we assume that as plain and simple truth, my own opinion depends on what and how others told me to think and believe. What happens if these others are wrong in what they think? What happens if they are not effective in how they intend to convince me?

A recent article of the International Journal of Communication on sustainability and social media revealed that even though university student leaders use these tools to promote related ideas, the impact on audiences is limited. The study, done in 21 university campuses in the United States, concluded that, in part, this may be caused by misuse of social media channels by sustainability leaders who really don’t handle either the message or how to deliver it to the final target.

Should we focus on other social aspects, instead? Who tells you what to do, then, and what should we do about the situation? Should we consume more tutorials on YouTube or TikTok, other social media channels? What’s the real impact of it?

Societies will make changes in their collective way of thinking when they are funneled by many factors and variables, and social media play a role in our world. It would be crazy to rule that out. Is in our hands, as users, to behave properly to give a right use to these tools if we want to shape our message towards building the communities we need for better.

Communities around and upon an idea.

Some paragraphs ago I wrote about the IJC study on sustainability leaders and their social media activity towards environmental activism.

The other part, or conclusion, delivered by researchers is that these people really perceived these platforms as a means to disseminate an idea and create attention around it, especially for large audiences, but did not effectively use them to build focused groups towards those actions. It’s like knowing what a hammer is for but deliberately using it halfway because your hand won’t be able to understand that the nail should go fully nailed in the wood.

Of course, a community must be built around -an upon- a common reason, among individuals who are standing in the same situation. It worked for single cell individuals to later become in more complex animals. Eventually, these evolved into smarter and stronger individuals who developed communication skills to make survival more attainable. Or make themselves sustainable, so to speak.

This led to community conformations, where common ideas were not enough but discussions were necessary to establish better, faster and more effective ways to hunt, gather and even cultivate plants to be able to eat. Again, this worked for our primitive ancestors. So, building a community around and on common grounds it’s just the start.

Right means of communication allowed us to advance as species. It wasn’t fast, didn’t happen in a snap, and we give all of this for granted.

Sustainability of better communication (for good)

Building a community takes time and dedication, and individuals become a group once they commence to reach out at each other.

Social media can be a bridge to find more people “like ourselves", with common interests and opinions, and not necessarily neighbours. You can be reading this piece in a totally different country than mine and practically seconds right after I finish checking it until the last character and hit the “publish” button. 30 years ago, we didn’t have that possibility, not by space nor time. And we, as communities, need to do something else than just stand in awe.

Social Mining is built on the idea to work as a group to make an idea to be profitable for common interests and value share. You may think of Cooperative work or Common Farming to compare to it, maybe, but the current blockchain technology allows more transparent and immediate terms to simply make it better. Now, how do we improve something that’s already good? How about being better communicators?

Basic research on topics writing -and broadcasting- is a must, and nowadays it seems to be more important as content creation wizards keep recommending that tip as a good differential for everything you publish. Of course, it plays a crucial role but it’s not new. We have been doing that since we’re a communication society.

New technologies push us to set new boundaries and even so we look for appealing, interesting and useful things to consume and share. That way we could be better opinion leaders and more effective influencers, sure, but that doesn't mean a single thing if we don’t assist our community peers.

Social Mining, as I said before, is all about community. It’s all about improving other people’s life and vision through making social miner better communicators, constantly pushing them to raise the quality bar. It’s positive impact. 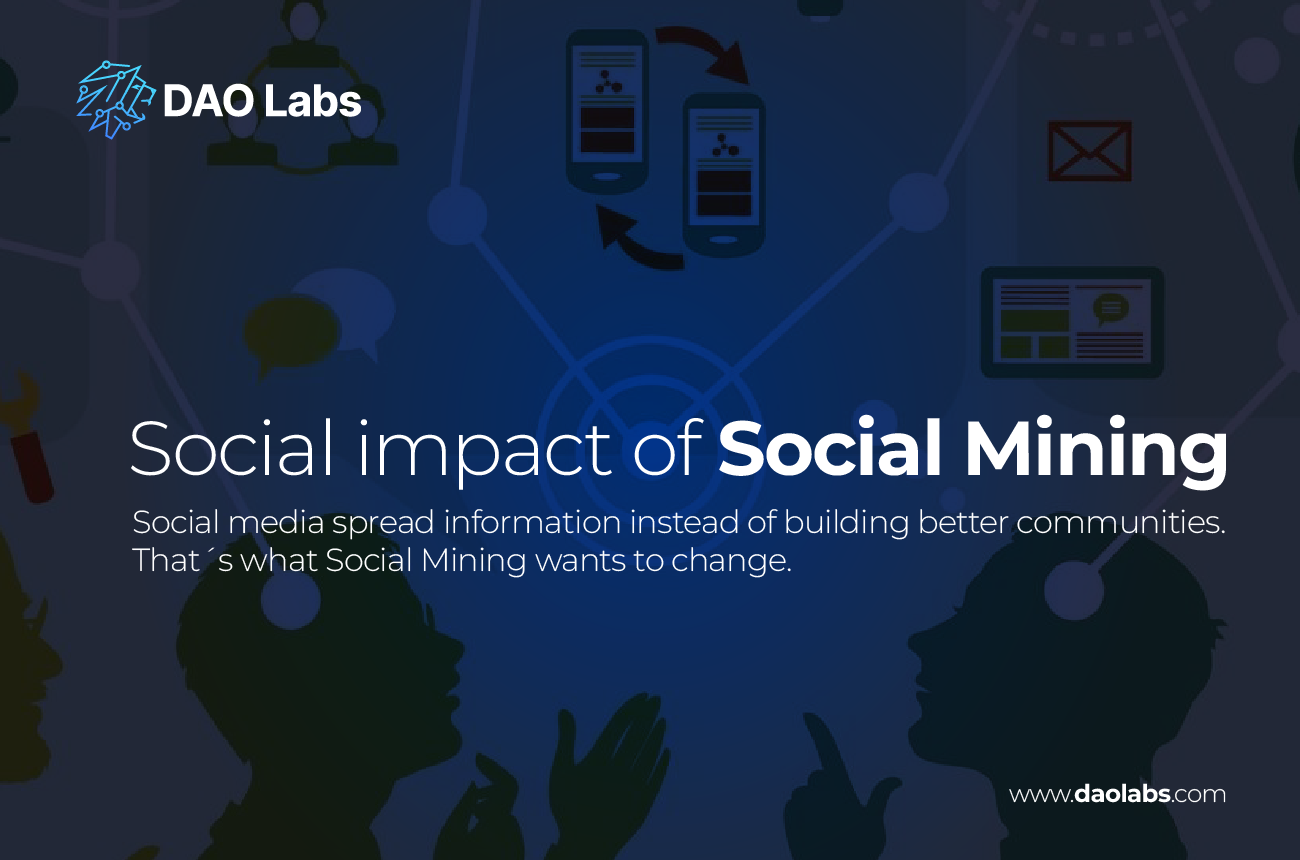