In the current Blockchain there is 3 ways to make money

1 ) Raise money on a massively exaggerated evaluation, pretend you have a product ( or actually do have an inferior, copied or open source product ), create some marketing buzz, go to market, dump the coin on the back of retail users and disappear.

Change the concept slightly and repeat. The estimated 10% of Real crypto Exchanges who were at fault at the beginning allowing these scammers in, realized that these toxic dumping VCs essentially jeopardize their user base and in consequence their growth. Imagine you are a genuine fan of a project, follow it’s build up, launch and anticipate its growth, just to see its decline on the secondary market since its operators gave away too much wealth and power. You’ll get burned, leave and likely never return. The underlying technology of crypto deserves better than that. And so does the hardworking individual.

2 ) Create an undervalued coin, start with a low market capitalization so there’s room for growth during price discovery on the secondary market, i.e. once you hit decentralized and centralized exchanges.

Push the coin to 5x, 10x and maybe 100x. Fill your bags and leave. Luckily most VCs and Financiers are too stupid to understand they could capitalize and do even more damage this way. Undervalue, start with a low market cap, have influencers push that ( which they will do because the gains are massive ), put them on vesting and cash out before anyone else does.

And these scam companies should ask themselves, if Banks, VCs and hedge funds already sell out their client’s secrets in the current environment, one see the Tax CDs bought by individuals and used to dismantle tax evaders, why wouldn’t it happen to them ? They are not regulated and thus even more vulnerable. To be case specific, if it can happen to the head of Deutsche Bahn, Deutsche Bank and the head of Bayern Munich. The leaders in German transport, German Banking and German Sports. Why wouldn’t they sell out

their former partners if it benefits them and potentially warrants impunity and immunity from prosecution. One imagine Panama Papers Swiss edition. That would truly shock the world.

The real and only way forward

3 ) Create a proprietary genuine technology. A real use case for the betterment of our world. Something that makes a difference. Or use existing technology for the betterment of healthcare, infrastructure, logistics, supply chain, transportation, engineering and so forth. While this may sound corny and romantic, the most successful use cases were built by this standard and a set of morals. The creation of Ethereum and ERC-20 opened the door for non technical people to create smart contracts, centralized governance systems and even DAOs. This again is more of a curse than a blessing. Too many traders follow the credo: Buy the rumour, sell the fact.

South Korea the biggest investor in ICOs in 2017 through Ethereum has expanded rapidly and created a highly secure highly regulated market within Korea. Japan is following closely. This type of regulation is unique, largely limited to domestically controlled assets and thus incomparable to the US or EU regulation which is aimed at a federal harmonisation which is nothing more than a lie due to the segmentation of the respective states. A legal opinion is just a lawyers card blanche to operate with certain freedoms in these highly liquid markets. In the EU, money parked offshore, f.e. in Malta, Gibraltar, Isle of Man, Ireland, Luxembourg and Liechtenstein diminish the willingness to harmonise.

The biggest case of corrupt regulation being evident in Estonia which enabled the 200 billion Euro Danske Bank BTC scandal and where operational income is exempt from tax. In the US it’s small states such as Delaware and Wyoming on one side, with giant wealth states such as California and Texas on the other. The composition of a state and the nature of it’s welfare and wealth creation will always determine how the state handles it’s affairs in a federal business environment.

If the POTUS can’t get states to adhere to a Corona vaccination policy how can they ever regulate crypto ? Impossible. The way it will be streamlined is through SEPA like payments, with smart contracts executing a tax ID on payment and making sure the IRS gets their money on a limited transaction amount. Bitpay and Mastercard set up this scheme 3 years ago.

Read the part 2 of the Affidavit of Trust here 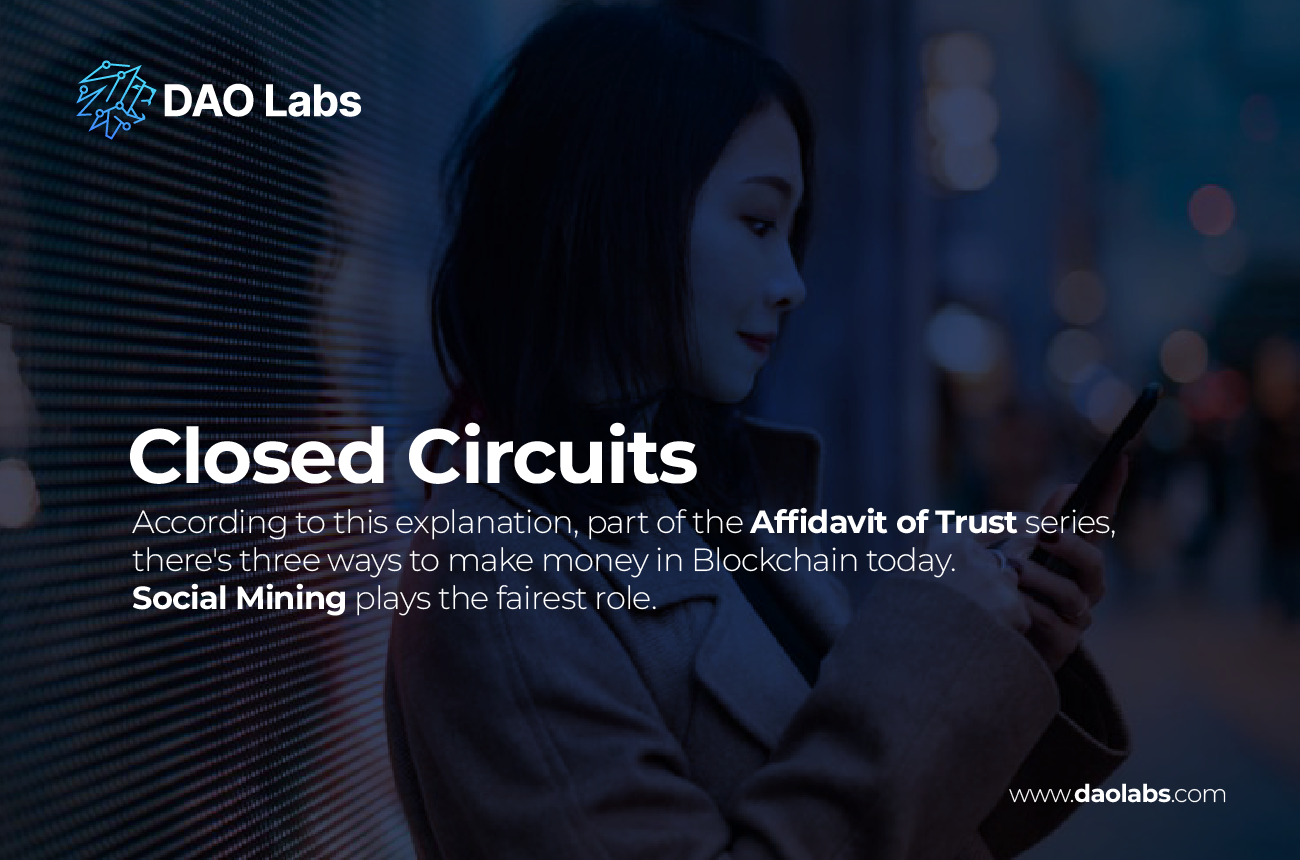